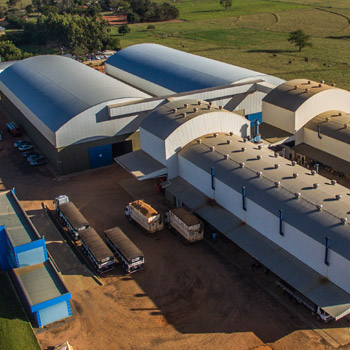 In 1980, the Contelli brothers initiated their first peanut plantation in the region of Tupã (São Paulo), in 1999 they brought to Brazil some new varieties of runner peanuts.

The first subsidiary was inaugurated in 2005, designated to the peanut drying process and storage with 23,000 m² of area and more than 8,000m² built.

The main goal has always been to provide high quality peanuts to the internal and external market. Having their own plantation, Beatrice Peanuts produced around 18,000 tons of shelled peanuts, having 100% high-oleic variety. Mechanized planting and harvesting are the most advanced in Brazil and it follows the greatest United States and Argetina’s produceral standards. In Brazil, Beatrice Peanuts has partnership with main producers.